At eighteen months of age, our son Max was only saying two words. Out and Dog. Knowing something wasn’t quite right, we had him assessed in Benton. He was diagnosed with a “mild speech delay”. Two months later, our therapist came to us and said, “I think it’s something more than a delay. I think it’s something called Apraxia.”

Her next sentence was, “There is this place in Little Rock…”

And that is how our journey with ACCESS began.

Max was diagnosed at age two with “global Childhood Apraxia of Speech”. Initially he was treated four times per week through outpatient services. Two years ago, he became lucky number thirteen in the three-year-old early childhood class with Ms. Janelle and Ms. Katina. He repeated that class and in August of this year, will begin with Ms. Courtney in the pre-k 4 class.

“Max has taught me that good things come to those who wait. Success isn’t defined by how quickly we master something,” said ACCESS parent Hannah Fulks.

It’s hard to describe the growth we have seen in our Max. In 3 years, we have gone from those initial two words to full blown conversations. Paragraphs of thought. Stories. Jokes.

I have watched as two brothers forged a relationship that had been one-sided. Previously our oldest son, Pratt, deciphered Max’s conversations for us. At night, in their bunk beds, Pratt would tell Max goodnight, only to hear crickets in response.

Now I go in twenty minutes post bedtime and I actually have to tell them to stop talking. Stop telling secrets. Stop cracking jokes. And of course, I never really mean it. I could listen to them visit and chatter and giggle for the rest of my life, and it wouldn’t be enough.

Max has taught me that good things come to those who wait. Success isn’t defined by how quickly we master something.

Max has been successful because he works harder in one day than most do in one week. ACCESS has taught him to be persistent and confident. He is surrounded by kids just like him. He is loved by every employee there. They all know him. It is the most incredible thing.

The irony is that on his first day of preschool, I was terrified of it all. Terrified at how many ACCESS employees it would take for Max to succeed. It seemed overwhelming.

And now, three years in, I am terrified of ever leaving. I am terrified of him being outside the bubble that is ACCESS. I know that when that day comes, that will mean he is ready. Ready for the real world. But I am not certain I will ever be ready to say goodbye. 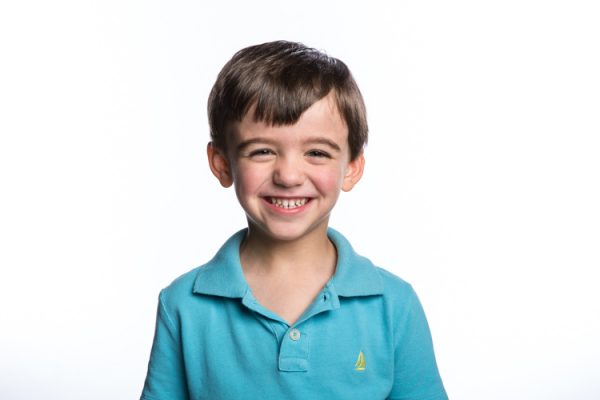 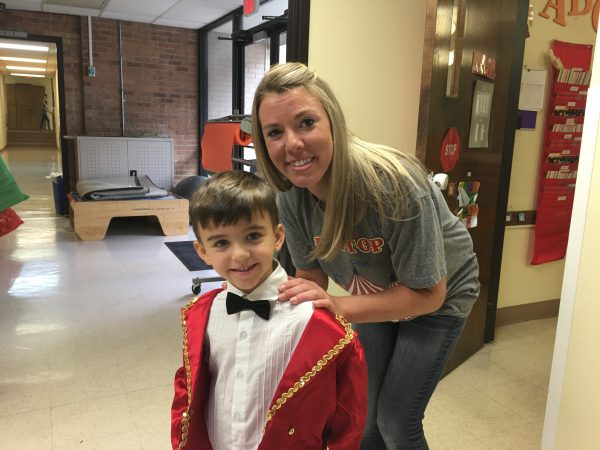 Max and his speech therapist, Rachel Jones, prepare for Max’s role as animal tamer in the annual ACCESS Circus.