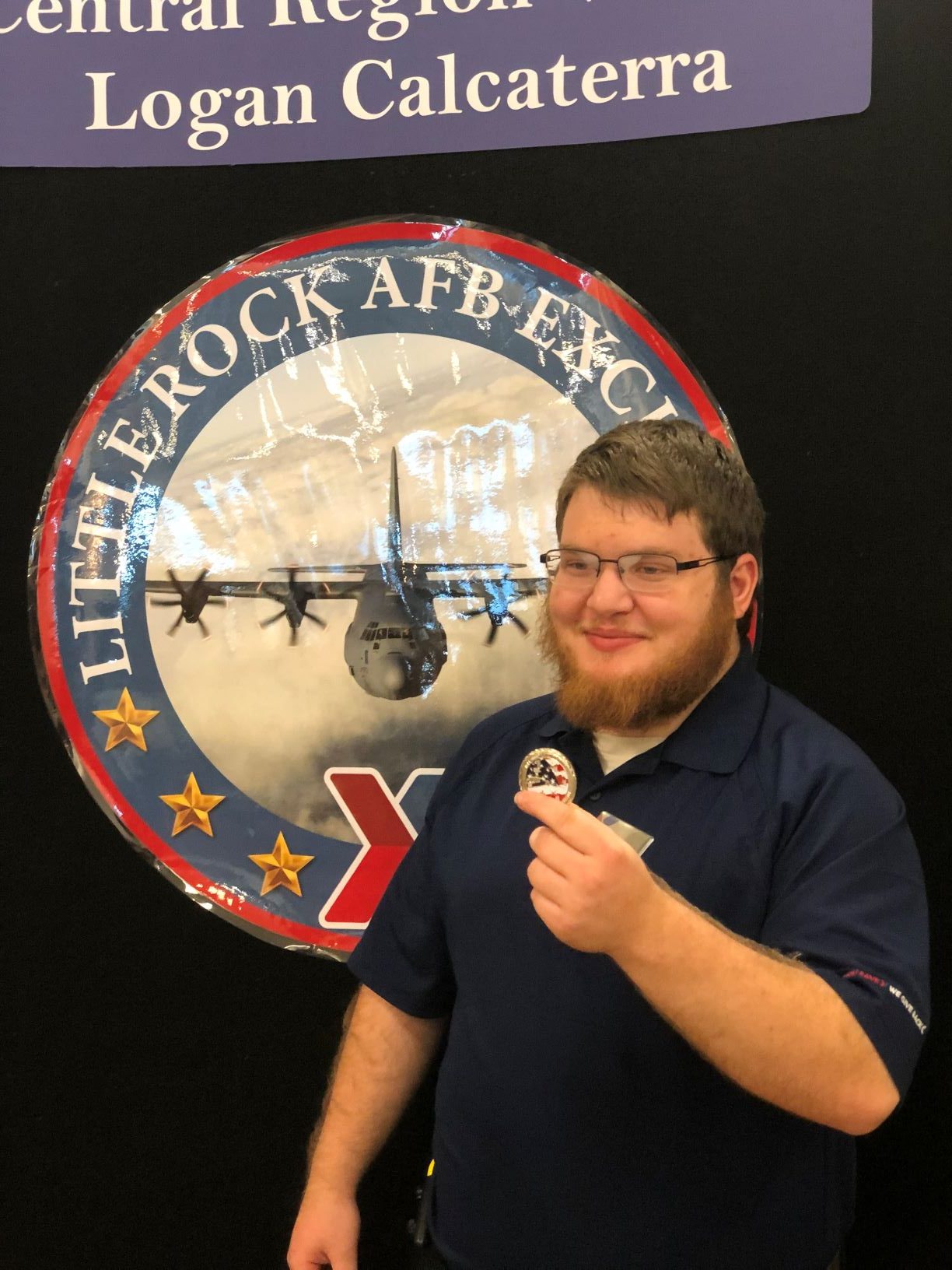 When you think about the Project SEARCH®, a lot of terms come to mind; internships, employment, success, training, the list could go on. And when you think about those terms, you begin to picture individuals that have been impacted by the program and what those specific terms have meant to and done for the lives of those individuals. We can say that it’s no different when we think of Project SEARCH graduate Logan Calcaterra. A 2015 graduate from Cabot High School, Logan came to the program just like any other intern; nervous, excited, unsure but willing to learn. Although he really enjoyed volunteering at a local veterinarian office, he was ready to put focus into independence and full-time employment.

Logan was accepted into the Project SEARCH Arkansas: ACCESS® Initiative program in August of 2017, and his journey toward independence and employment began through the UAMS Project SEARCH site. Logan’s first internship was in Engineering and Operations which couldn’t have been a better fit for him and his personality. Logan was able to further his skill set through quality assurance, the key shop, stocking materials and customer service. His personality truly shined in this department and set him up for success in his future internships which included, the Mail Room, Fitness Center and Center for Diversity Affairs. Because Logan had such a diverse set of internships, it gave him a broadened resume that allowed him to stand out in a competitive job market.

Because Logan had such a diverse set of internships, it gave him a broadened resume that allowed him to stand out in a competitive job market.

After Logan graduate in May of 2018, his hard work and dedication in the program led to employment. He was excited to join the paid workforce and put his new skill set to work while earning a paycheck. Unfortunately, the position wasn’t the right fit for Logan. Although the position didn’t work out, he did not let that deter him from pressing on and finding the right job. With the help and encouragement of the UAMS Project SEARCH staff, Logan found a match through a position with the Little Rock Air Force Base Exchange as a Hard-Line Customer Experience Representative. Logan now assists military personnel and their family members daily in the Little Rock Air Force Base Exchange Store. Because of his experience in stocking, quality assurance, and customer service, he is thriving in this position.

When asked about his work ethic, Logan’s supervisor states that, “Logan attacks each shift with zeal no matter the task. From stocking, merchandising or most importantly, taking care of our customers, Logan is at the head of the line. After three months on the job, Logan was nominated for and received the well-deserved Associate of the Month Award. In his short time with us, Logan has clearly shown that he is an exemplary associate to be emulated by others. Logan has continued to prove himself to his team, his customers and himself on a daily basis, providing outstanding customer service. Nothing slows him down or distracts him from his work as he continues to inspire all of those who meet him.”

In his short time with us, Logan has clearly shown that he is an exemplary associate to be emulated by others. Logan has continued to prove himself to his team, his customers and himself on a daily basis, providing outstanding customer service.

Each year, the Exchange participates in the Department of Defense Outstanding Associate with a Disability Awards Program by selecting an associate as the Exchange’s Worldwide Outstanding Associate with a Disability. The recognition honors the associate’s abilities and achievements in overcoming obstacles not only in their work environment and daily lives, but also how they encourage their coworkers and other staff members. Little Rock Exchange Associate, Logan Calcaterra, was selected as the Central Region Outstanding Associate with a Disability for 2019. Logan was honored by friends, family, co-workers and the Little Rock 19th AW. During the ceremony, Logan was presented a letter and coins from Exchange CEO Tom Shull and a Commanders Coin presented by the 19th AW Mission Support Group Commander, Colonel Derrick Floyd. Logan was joined by his parents and his Skills Trainers from the Project SEARCH Arkansas: ACCESS Initiative team while receiving the award. When asked why he likes working at the Exchange, he said “Everyone is so nice, and the job is so fast-paced; I like to be busy and work.”

We are all so proud of Logan and his achievements and look forward to learning more of the impact that he will continue to make at the Little Rock Air Force Base Exchange.